Jennifer Grant
” In my father’s later years he asked several times that I remember him the way I knew him. He said that after his death, people would talk. They would say ‘things’ about him and he wouldn’t be there to defend himself. “

” At some level it’s still hard for me to admit that my father died. I can talk about it and around it, but those two words. ‘He died.’ What can that possibly mean? That I won’t get to hear his voice again? “

” I am my father’s only child. The world knows a two-dimensional Cary Grant. As charming a star and as remarkable a gentleman as he was, he was still a more thoughtful and loving father. “

” To be honest, I think I’d become a bit selfish with memories of my father. I wanted to hug them close to me. “

” When I knew I was pregnant four years ago with a boy, a friend suggested I call him Cary, but I initially resisted. There was only one Cary Grant. But a week before he was due, I started thinking it would be wonderful to pass the name on to him. And anyway, my father wasn’t Cary to me. He was Dad. “

” The best word to describe my father? Thoughtful. There was a tender quality to Dad that his sense of fun could sometimes mask. But, above all, he was sensitive and looked out for those he loved. “

” When it comes to Father’s Day, I will remember my dad for both being there to nurture me and also for the times he gave me on my own to cultivate my own interests and to nurture my own spirit. “

” The process was remarkably cathartic. I’d sit and listen to my father’s voice – having not heard some of these tapes for 30 years and hearing his voice laying me down for a nap, our giggles and cooking dinner – and I remembered all those wonderful days. Normal days. “

” My son Cary’s generation likely won’t know who my father was, but it’s something nice for him that his grandfather was an icon. I had one chance to pass along that name. “

All 9 Jennifer Grant Quotes about Father in picture 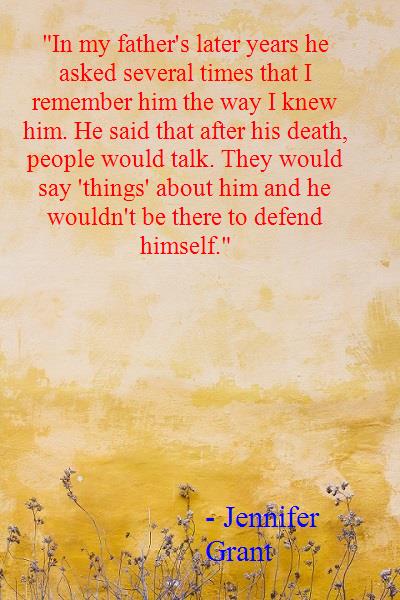 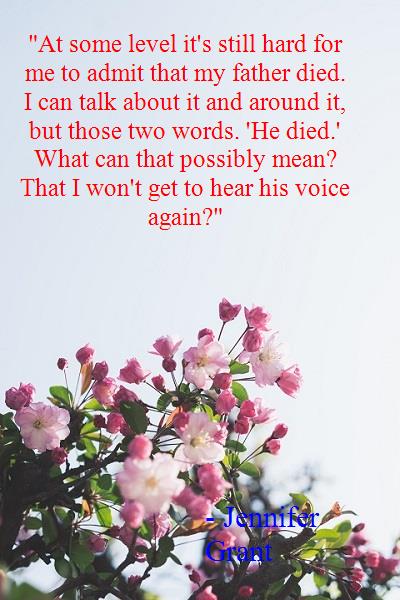 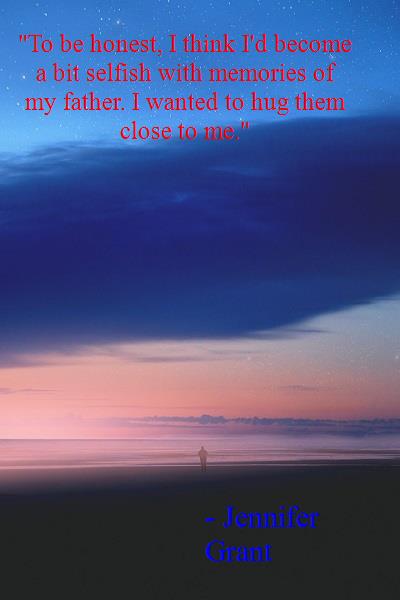 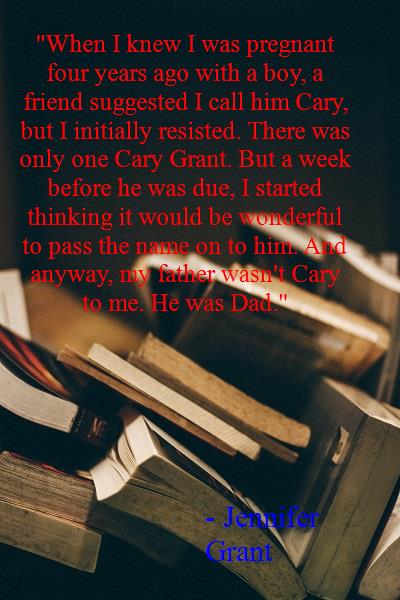 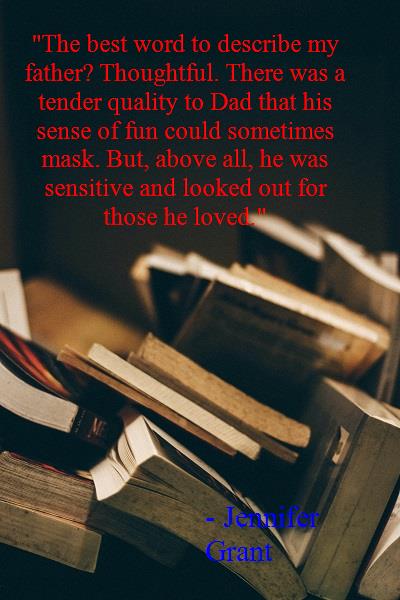 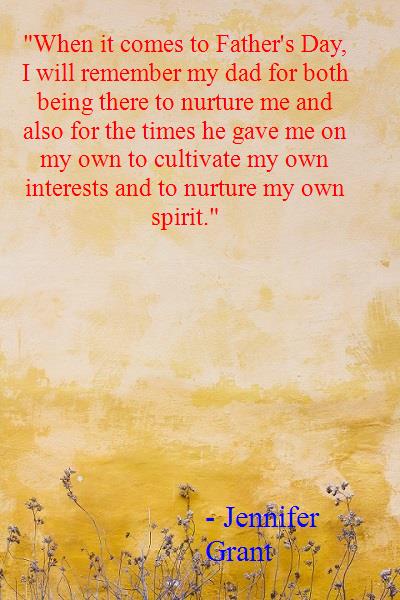 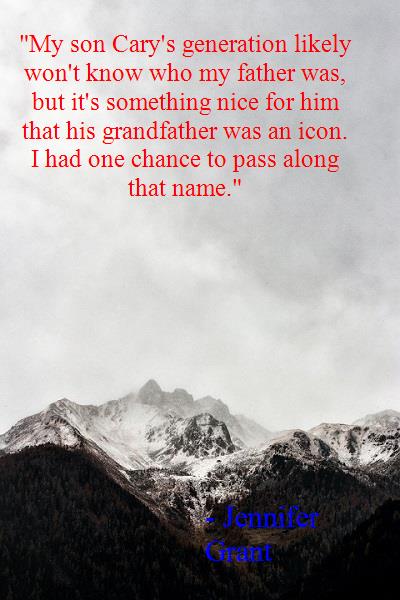